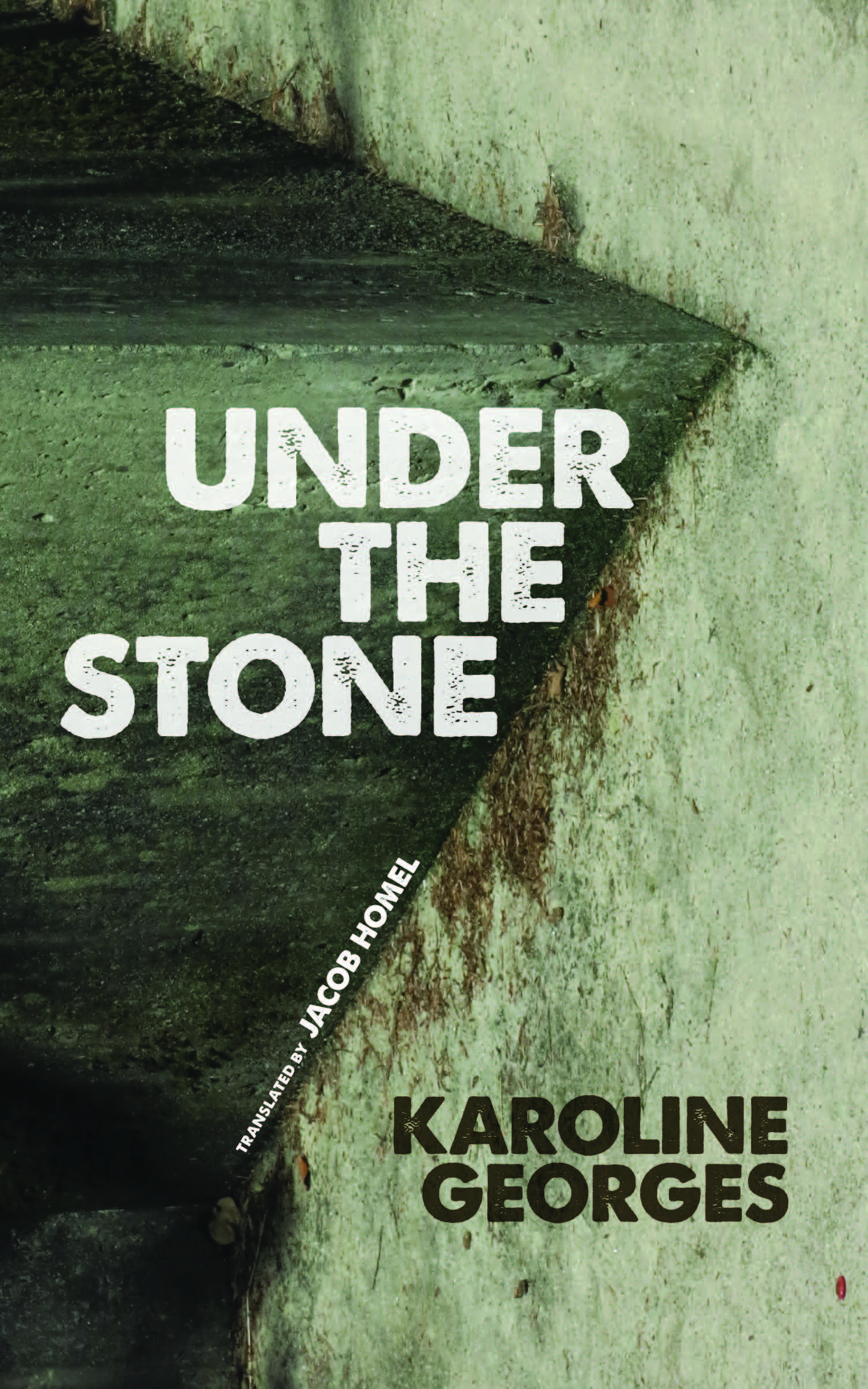 From birth, the child was locked away in a minuscule cell, at #804 of level 5969 of the Edifice. Around him â¦ only concrete, without a view of the outside world. And two people: the tyrannical father, slowly killing himself; and the mother, fearing eviction. Unmoving in his roost, the childâs life will be disrupted by a transformation that will reveal an unexpected horizon.

PRAISE FOR UNDER THE STONE


Under the Stone is a well-crafted and imaginative book that is as densely packed as the claustrophobic living quarters from which the story emanates. With such density it carries both ambition and baggage. There are few titles in Canadian literature that meet the same level of daring as Under the Stone while still managing to retain their balance.
—Winnipeg Review


Unclassifiable, this exercise of writing that we can only perceive as a traditional ânovel of anticipationâ, both the disturbing strangeness that emerges could equally belong to the fantastic, the psychological novel, as to a poetic experience. It could well be that Karoline Georges has created a new genre, the claustrophobic novel, but it proves that despite all the constraints, a writer can create the most unthinkable worlds by the sole force of his imagination.
—Chantal Guy, La Presse


Under the Stone, the most recent story from Karoline Georges, is an unclassifiable literary creation. A genetically modified story, whose DNA includes a strain of poetry, affiliation to sci-fi scripts (think Big Brother and Green Sun) and the remains of a fable about the birth of the first one, of the freedom of the individual, all swathed in philosophy. [ … ], it is the literary UFO of the new school year.
—Catherine Lalonde, Le Devoir


The wafts of 1984, by George Orwell, are here in this excellent, stylistic novel that emits like a cold wail and is dark . . . as a stone.
—Lisanne RhÃ©ault-Leblanc, 7 jours

Writer and interdisciplinary artist, Karoline Georges explores the processes of sublimation. She is interested in virtual events, possible fates, the utilization of consciousness through the technological maze and the accumulation of knowledge. Her latest novel, Variations endogÃ¨nes, was published in 2014 by Editions Alto.