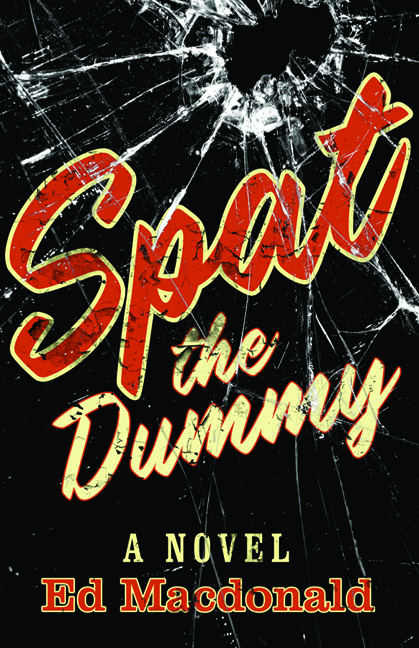 Spat Ryan has demons. They haunt him by day and share his drink at night. Raised in Montreal by a bagman for the Irish mob, Spat has fictionalized or ignored chunks of his life too painful to recall. A chance meeting with an old friend of his fatherâs in a bar on the Main exposes the dark secret theyâve both been harbouring, the secret that has shaped and defined Spatâs tumultuous life. Newly divorced and out of control, his decision to tell all and release himself from the past unleashes a storm of change in both his internal and external life.

Spat the Dummy is a confessionâraw and unrestrained, a modern-day Heroâs journey to the Underworld and back, a novel about changing history by confronting it.

Praise for Spat the Dummy:
âThis novel is unforgettable both for its subject matter and its form of narration. The style is electrifying and there are images that will burn in the reader’s mind forever. Ed Macdonald is a gripping writer.â
âAlistair MacLeod, author of No Great Mischief, winner of the IMPAC Dublin Literary Award

“This excellent debut novel combines gutsy language and a relentless, engaging plot with one of the most chaotic but loveable protagonists in recent CanLit. … this satisfying book leaves the reader feeling grateful to be alive.”
âQuill & Quire

“…this is a satisfying read from a talented author that manages to convey the rather hopeful message that each of Spatâs small successes mean more than all of his spectacular failures combined.”
âMontreal Gazette

“Here is a writer who knows how to put people together on the page and let the sparks fly: passages between Spat and an older, fellow alcoholic he encounters at a recovery meeting are drawn with the delicacy and barbed wit of a good inner-city vignette from The Wire.”
âMontreal Review of Books

“In this bleak but compelling novel, Macdonald has managed to create a main character whoâs unlikeable, sure, but also someone you care about in his struggle out of hell.”
âUptown Magazine

âSpat offers a lesson in brutal honesty: Forget rage against the dying of the lightârage against life itself, until you canât rage anymore.â
âPeter Darbyshire, author of The Warhol Gang and Please