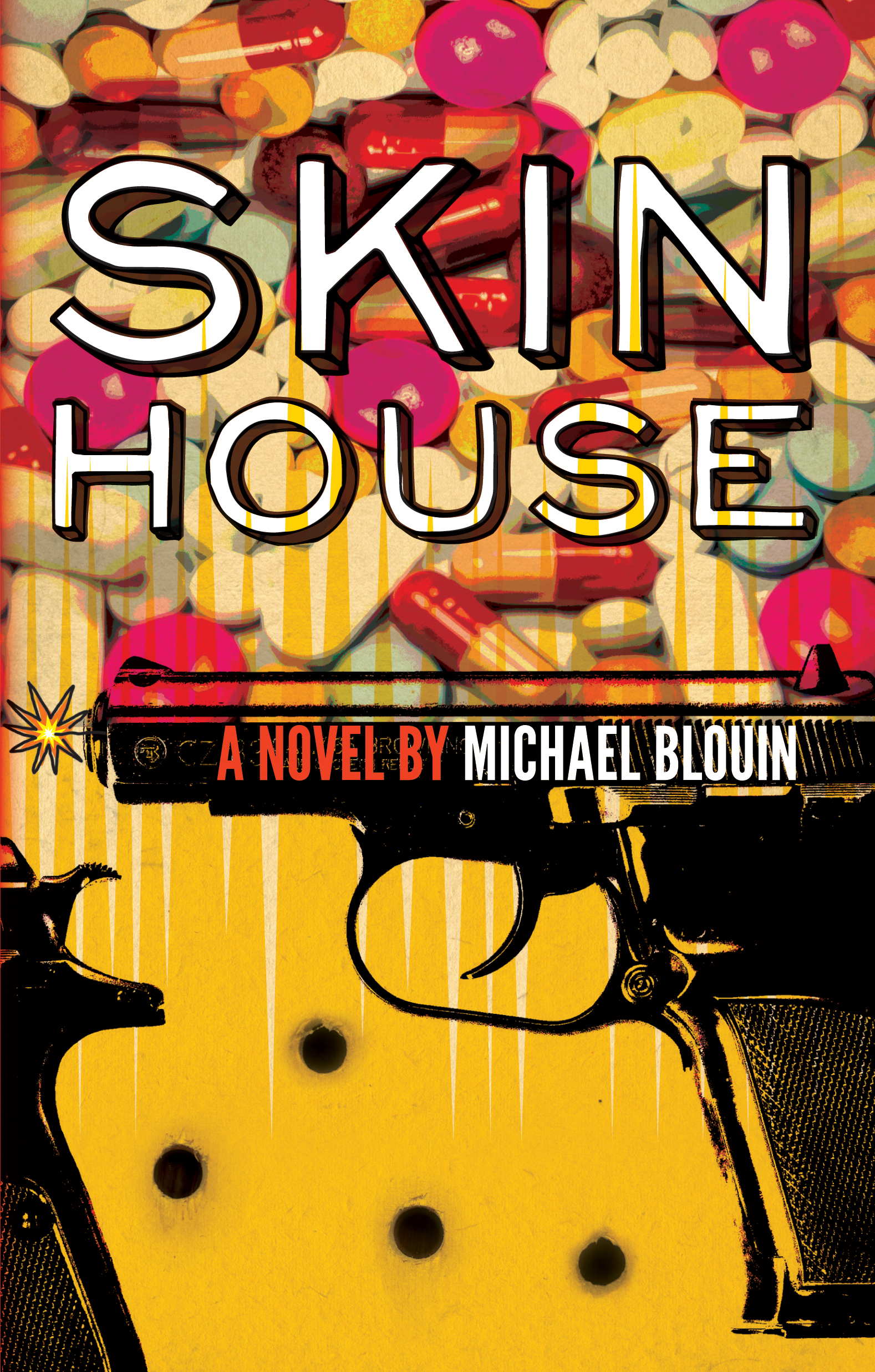 Skin House is a story about two guys who end up in the same bar they started out in. Maybe theyâre slightly better off than they were at the start. Or maybe not. One has a girlfriend though. They both have a little extra cash, enough to order nachos whenever they want to without going through their pockets first. Theyâre not dead, and thatâs something right there. And theyâre not arrested, which is the quite surprising part.

Skin House is also a story within a story, the narrator’s story, his process of âputting âitâ all downâ … about writing a book that heâs going to call âSkin Houseâ. It’s crude and funny, but it’s also soaked in loss and grief, and seemingly endless fuck-ups in the two-steps-forward, three-steps-back sort of way. Yet, a glimmer exists, a desire to make a better life in this comedy of errors is never far away. But, as our indefatigable narrator says, âDid you ever get to thinking that âdown on your luckâ isn’t just an expression? And that what we need here is a bigger statement? Well, what I mean is that âdown on your luckâ doesn’t quite cut it when bad luck has become a way of life.â And when the waterâs at the door, itâs best to get paddling.

âReading Blouin’s virtuoso performance is inspiring, clearly brilliant, but also a little disturbing because you start to wonder how some people get to be so darn gifted. â¦ Blouin is the type of author who gets rave reviews because he is talented, a risk-taker, and so unlike anyone else you have ever read.â
— OTTAWA CITIZEN

âTake a few consecutive hours out of your life, and read, in one sitting, a book that is compelling, insightful and thoroughly unconventional. Creates vivid images revealed in the author’s beautifully lean and powerful voice. Scores of vignettes are drawn together into a single, breathless tale of endurance, like water droplets coalescing into a dark pool. Buy it.â — THE NATIONAL POST

Michael Blouin has been a finalist for the Amazon First Novel Award, the bpNichol Award, the CBC Literary Award and his first novel won the 2009 ReLit Award. He has been the recipient of the Lilian I. Found Award, the Diana Brebner Award and the Lampman Award. His 2019 novel Skin House won the 2020 ReLit Award for Best Novel and has been included on the NASA/Astrobotics Peregrine Mission to the Moon as well as the upcoming SpaceX lunar landing.