Dwight Eliot was born on a baseball diamond in the small town of Seep during a dugout-clearing brawl between his hometown team, The Seep Selects, and a visiting team of barnstorming Cuban All-Stars.

Decades later, Dwight returns to town only to witness his childhood home being moved down the highway on the back of a huge flatbed truck. Seep is being dismantled, and the land is being redeveloped as a master-planned recreational townsite to complement a nearby First Nations casino. In the face of the townâs erasure, Dwight tries to preserve its stories, and in so doing, comes to question his own. And then his wayward brother, Darcy, arrives on his doorstep with the force of a bus crash.

Seep limns the tension between land development and landscape, trauma and nostalgia, dysfunction and intimacy in a narrative of twenty-first century Canada.

âMark Gilesâ Seep is a wickedly wonderful account of how our senses of self and of place can be interrelated, with the swirl of emotions involved in each part of the equation making for a complicated world and illuminating fiction. Giles assuredly steps in the footsteps of his predecessors who so engagingly limned the Alberta prairie: W.O. Mitchell, Henry Kreisel, W.P. Kinsella and Robert Kroetsch. But Gilesâ novel brings us firmly into the present era of rampant real estate speculation and the conflicts that ensue when people seek to protect what they value about a locale.â
— Tom Wayman, author of Dirty Snow and My Fatherâs Cup

After many years mired in the middle-management muddle of transnational corporations, Mark is now a writer and an educator. His first book Knucklehead & Other Stories (Anvil) was honoured with the W.O. Mitchell City of Calgary Book Award. His writing â fiction, poetry, and non-fiction â has appeared in magazines in both Canada and the U.S.A. Saskatchewan-born, Edmonton-raised, with stops in Victoria, Kelowna, Montreal, and Halifax, W. Mark Giles now calls Calgary home. 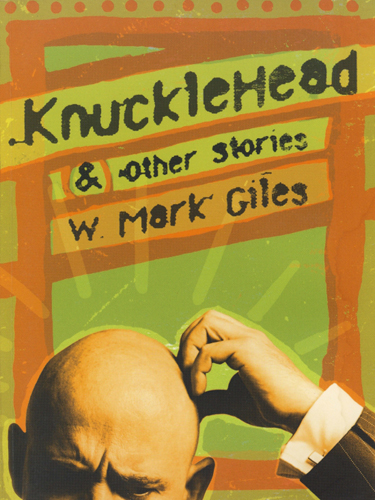