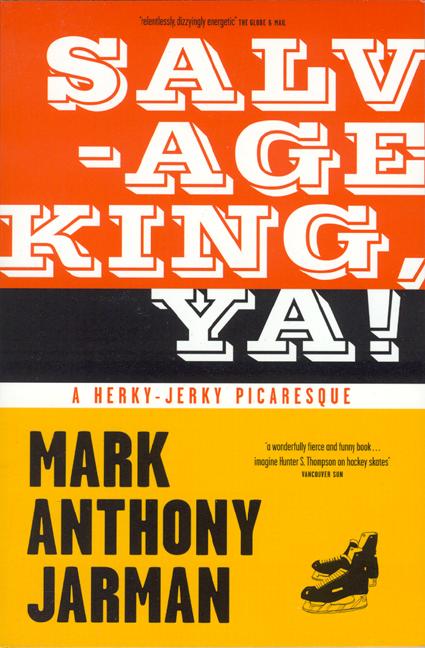 Salvage King, Ya! : A Herky-Jerky Picaresque

First published in 1997 to much critical acclaim, Salvage King, Ya! is a novel firmly rooted in Canadaâs favourite national pastime—hockey. Critics have called Salvage King, Ya! âthe great Canadian novel,â and a âpostmodern Canadian classic.â Drinkwater, Jarmanâs narrator, is the âheir reluctantâ of the family business (the salvage company of the bookâs title) and an aspiring NHL defenceman. His life hurtles between the hockey rink, the junkyard, the road, and the three women in his life: The Intended, the mesmerizing Waitress X, and ex-wife Kathy.

An Everyman, Drinkwater is approaching mid-life acutely aware of the choices and options available to him—and the ones that are slowly slipping from his reach. Fast-paced, raucous and kinetically charged, Salvage, King, Ya! is a hockey novel bursting with dynamism and originality. This is the âbreakthroughâ novel from the author of the short story collections 19 Knives, New Orleans Is Sinking, Dancing Nightly in the Tavern, and the memoir Irelandâs Eye. Salvage King, Ya! is a roving, luminous, rowdy, and funny novel.

What the critics have said about Salvage King, Ya!
âif itâs the best hockey book ever written, does that make it The Great Canadian Novel?â
â THE DANFORTH REVIEW

âfunny, cluttered, driven, as if Denis Johnson had written a hockey novelâ â THE STRANGER

Mark Anthony Jarman is the author of Knife Party at the Hotel Europa, My White Planet, 19 Knives, New Orleans Is Sinking, Dancing Nightly in the Tavern, and the travel book Irelandâs Eye. His novel, Salvage King Ya!, is on Amazon.caâs list of 50 Essential Canadian Books and is the number one book on Amazonâs list of best hockey fiction. His work has been published widely in magazines and journals, including The Walrus, Canadian Geographic, Brick, and American Short Story. He has twice won the Maclean-Hunter Endowment Award and the Jack Hodgins Fiction Prize. Mark is a graduate of The Iowa Writersâ Workshop, a Yaddo fellow, and currently teaches at the University of New Brunswick. His Selected Stories is forthcoming from Biblioasis Press. 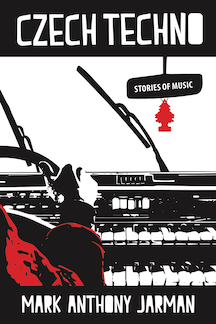