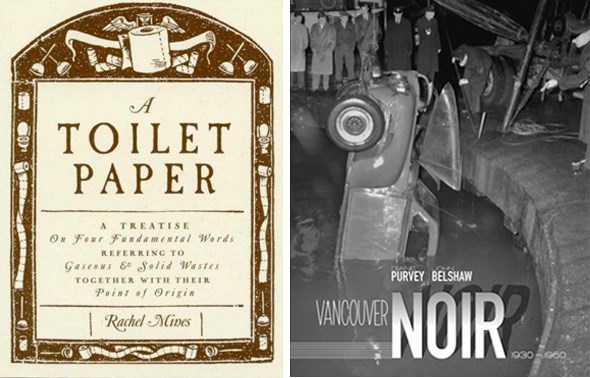 From its Coast Mountain skyline to its seedy waterfront tattoo parlors, from the private downtown booze-cans of the city’s business elite and the Faux Chateau enclave of Whistler, to the riot-shaken streets of the early Sixties and the history of pipe bomb attacks in the city, Moore has been there, done that. He’s been a graveyard shift cabdriver, deckhand, bartender, emergency room security guard, reporter and even sunk to the depths of freelance journalism, without losing his sense of humour. Whether he’s writing about delivering the news of imminent Nuclear Armageddon during the Cuban Missile Crisis, the history of umbrellas, (serious topic in Rain City), the vanishing game of Cribbage (a rainy day pastime), X-treme Sports, vintage sports cars or the proliferation of anti-depressant meds, he’s still ‘that a—hole who’s always sticking his nose into other peoples’ business.’

ISOLATION DISCOUNT: 30% OFF ALL BOOKS: For a limited time, all books are 30 per cent off

REST OF THE WORLD READERS
$20