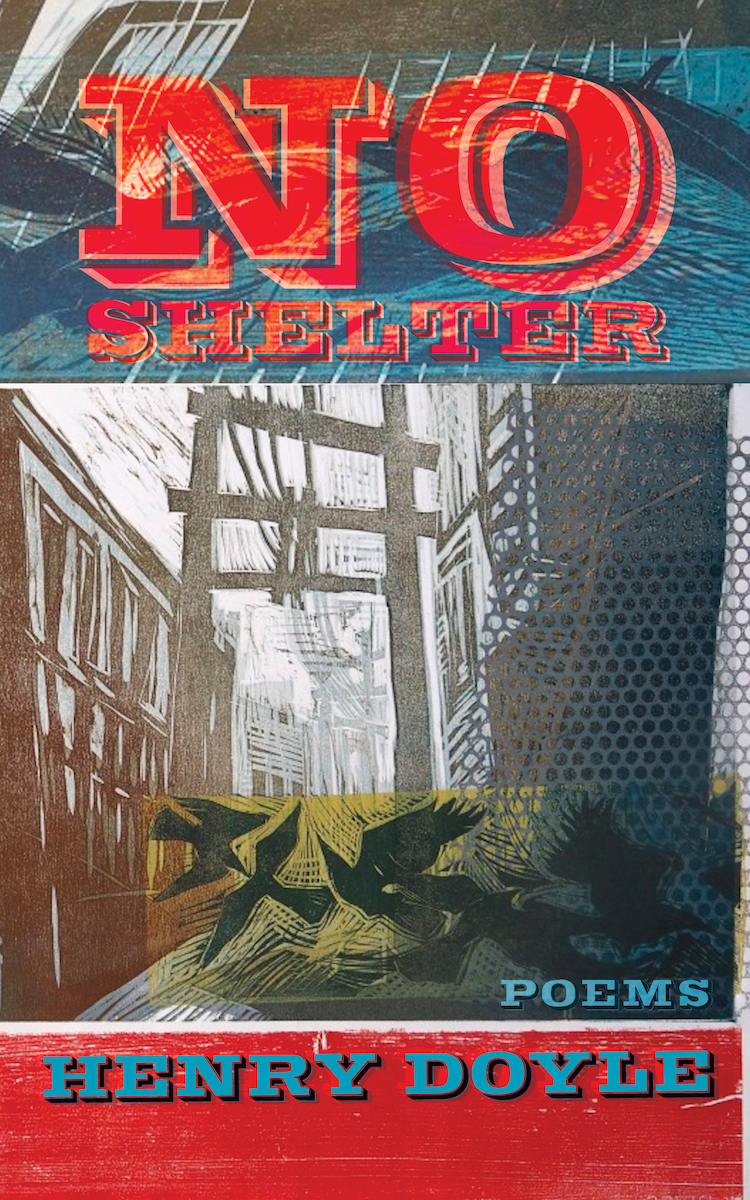 Infused with the spirit of Charles Bukowski, these down to earth poems take readers on a hard-scrabble journey, starting from Doyle’s early years as a runaway from foster homes, an incarcerated youth, a boxer, and a homeless wage-earner living in shelters and on the streets of Ottawa and Toronto, to his eventual arrival in Vancouver to work in the construction labour pools before landing work as a custodian and maintenance man. Doyleâs potent combination of gritty realism, weary wisdom, and wry humour make No Shelter an unforgettable collection.

Praise for No Shelter:

âThe poems have a real immediacy and a storytelling quality not that often seen in contemporary poetry, although it used to be more common, reaching its plainspoken apex with Charles Bukowski. Doyle has more craft control (and more quality control) than Bukowski, but shares an exhaustion and an attitude that make the poems shine, even when they donât want to shine.â
— Jonathan Ball, Winnipeg Free Press

âHenry Doyle writes from hard-won experience, straightforwardly, Bukowskianly, and above all fearlessly.â
â Kevin Spenst, author of Hearts Amok: a Memoir in Verse

âIn an $8-an-hour world of brute work and beer, Doyle types out his manifesto âLost in my typewriter. /burning words /into emptiness.â Doyleâs testimony is singed with astute noticing that earns him a place in Vancouverâs literary history.â
â Elee Kraljii Gardiner, author of Trauma Head