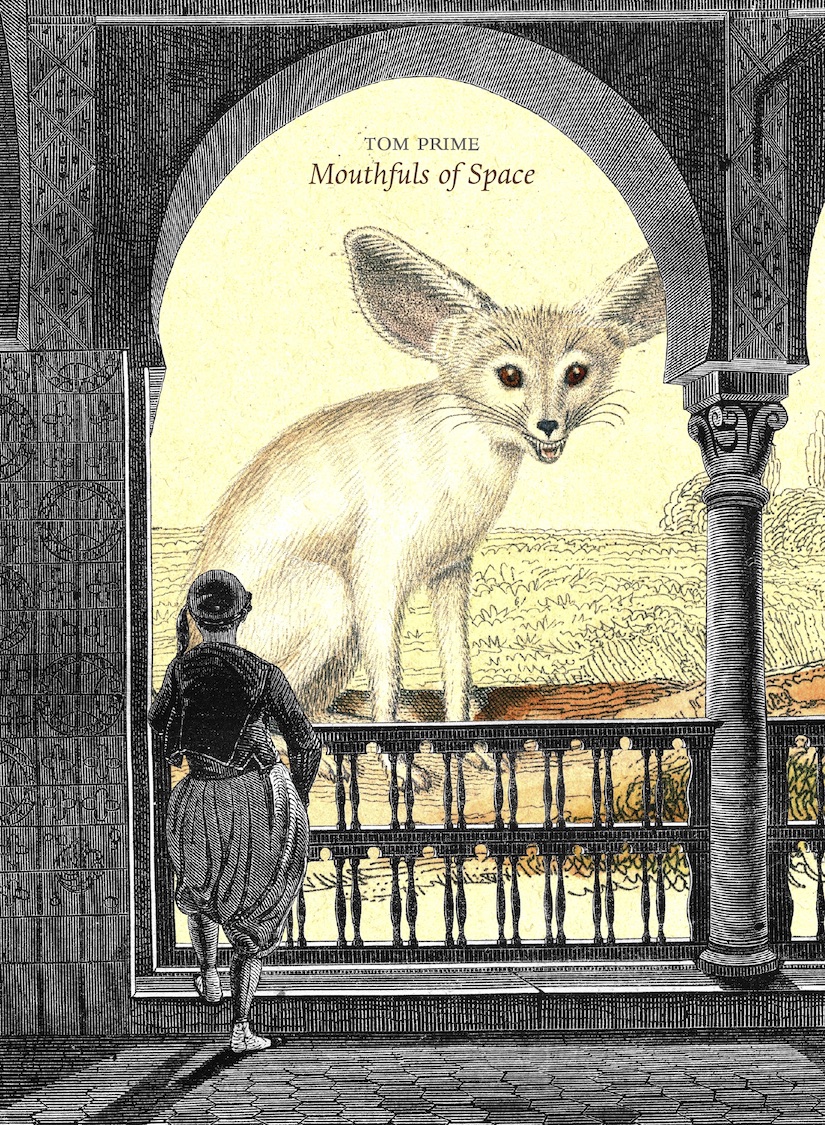 The poems in Mouthfuls of Space offer a dissociative journey through the life of a once-homeless recovering drug addict and victim of childhood abuse. In his debut solo collection, Tom Primeâs hypnotic, surreal voice reveals his transition from the street to the menial labour of factory work. There is beauty here, too, and mordant, bitter comedy: a sprite-like being imagines his hallucinations are a parallel dimension intermeshed with his lived reality on the street, where indescribable creatures coexist with âhyenas dressed as real estate agentsâ and those who march in âthe skeleton parade.â Mouthfuls of Space explores trauma and the dehumanizing enterprise of factory work with sensitivity but also with suffocating desperation. Still, Prime finds comfort in âthe mother-shadow of trees, the old light of vibrating stars.â

PRAISE FOR MOUTHFULS OF SPACE:

âPrime has published impressive coauthored collections, but this marks his solo debut, and itâs an impressive and startling work.â
—Winnipeg Free Press

âTom Prime fashions exciting, fist-sized devices out of a careening and moving mix of courage, vulnerability, humour, tragedy, and rhythm. In these poems he gives us bursts of great beauty and pain, marking day-to-day life and personal histories down as equally ever-present. Yet the terrain is far from grim, as Prime carefully encircles this collection with ghost-strains of hallucinogenic optimism, backlit by a surreality as nourishingly real as rain.â
— Shane Book, author of Congotronic

ââI died a few years ago/since then, Iâve been/smoking cheaper cigarettes,â begins Tom Primeâs brilliant collection Mouthfuls of Space, setting the stage for the wry humour in these dreamlike and sometimes devastating poems. From a London, Ontario, factory to a soup kitchen in Nanaimo to the back of a baseball diamond in Sacramento, the harsh realities of manual labour, addiction, trauma, and poverty are presented alongside aching beautyâeven joy. Despite monotony and despair, Primeâs speaker reminds us: âthis lifeâs all I have.ââ
— Kathryn Mockler, author of Some Theories

Tom Prime is the author or co-author of five poetry chapbooks, including A Strange Hospital (Proper Tales Press) and Gravitynipplemilkplanet Anthroposcenesters (above/ground press), as well as A Cemetery for Holes, with Gary Barwin (Gordon Hill Press). His poems have appeared in Brave New Word, Carousel, Ditch, Fjords Review, The Northern Testicle Review, The Rusty Toque, Lana Turner, periodicityjournal, Vallum, and Watch Your Head. His song albums include Time to Die and Gold Medallion. Tom has an MFA in Creative Writing from University of Victoria and is working on his PhD at Western University in London, Ontario.