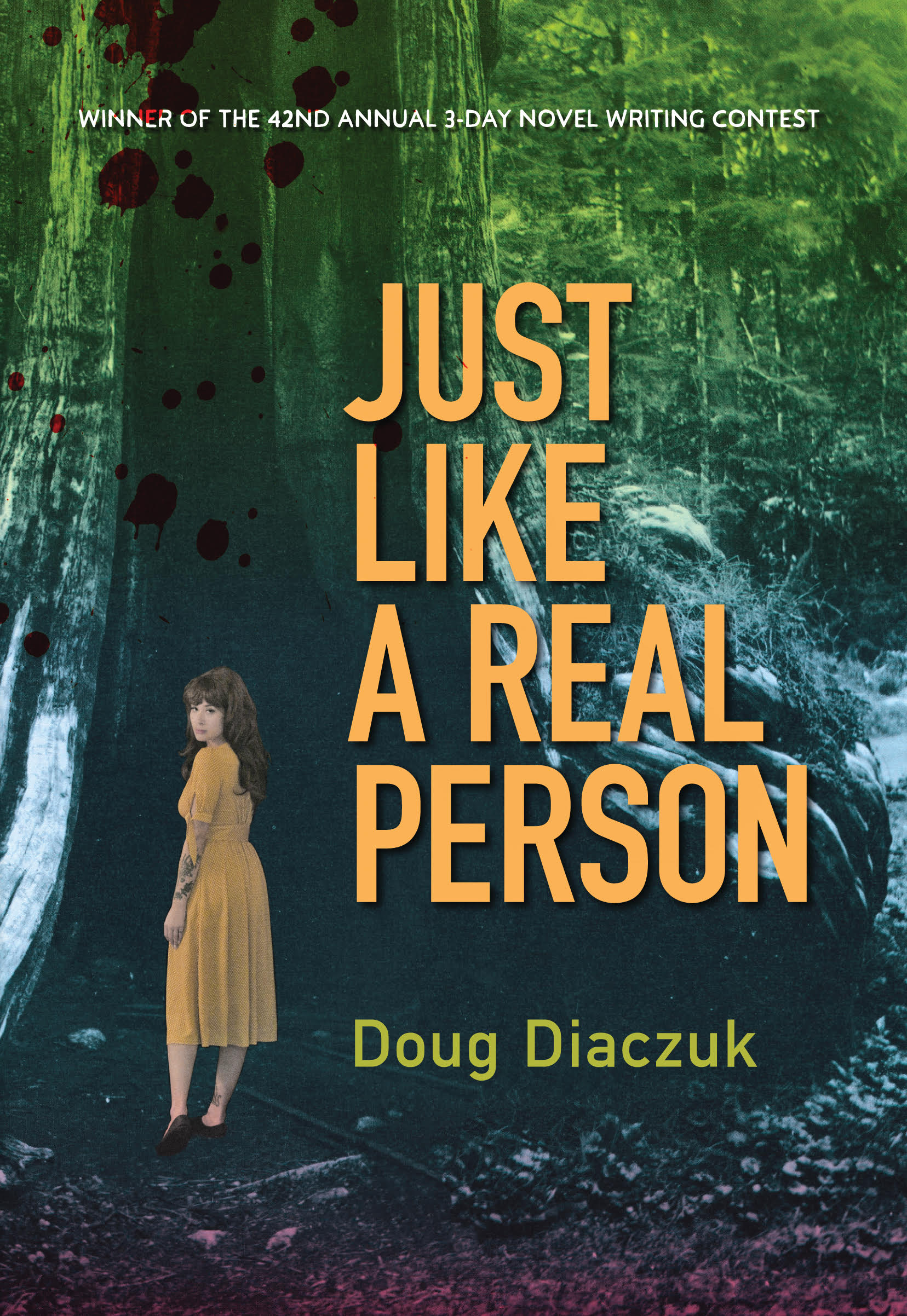 Just Like a Real Person is a story about broken cars and broken people. A story of intoxication, sobriety, and potent memories of a woman in a yellow sundress. But, itâs also a story about love that asks what it means to finally feel, after years of feeling nothing but numb.

The story begins with a crash, and throughout the story, we bear witness to many more â both literal and metaphorical â as cars wrap around lamp posts and jump medians, and as the humans inside them are unknotted from smouldering metal and the entanglements of their choices.

âHeâ is a nameless, indiscriminate addict. A fuck-up without a driverâs license, who has caused forty-two car crashes in eight years, and makes his living by picking through the shattered belongings and lives he leaves behind. âSheâ is Lola, and Lola is unsure where sheâs going, just that itâs far from there.

Disorienting as an acid trip, the story winds through the aftermath, watching as he collides with recovery, women, and his own imperfect recollections while searching for the elusive girl in the yellow sundress.

âgritty realism running against the desire for connection, the failure to understand and communicate at odds with the need for self-expression.â
â James W. Wood, The Vancouver Sun

âThe fact that almost all the discussion Iâve seen about this book hinges on the fact that it was written over a period of 72 hours seems like a disservice. Itâs a well-crafted story, a sweet, melancholy ride through some interesting thoughts about relationships, identity and visibility.â
â Victor Martins, Broken Pencil

Doug Diaczuk is a freelance writer living in Thunder Bay, Ontario. He has a masterâs degree in English Literature and has worked in the environmental and communications field in Northern Ontario, as well as several years as a freelance journalist. Chalk is his first published novel.