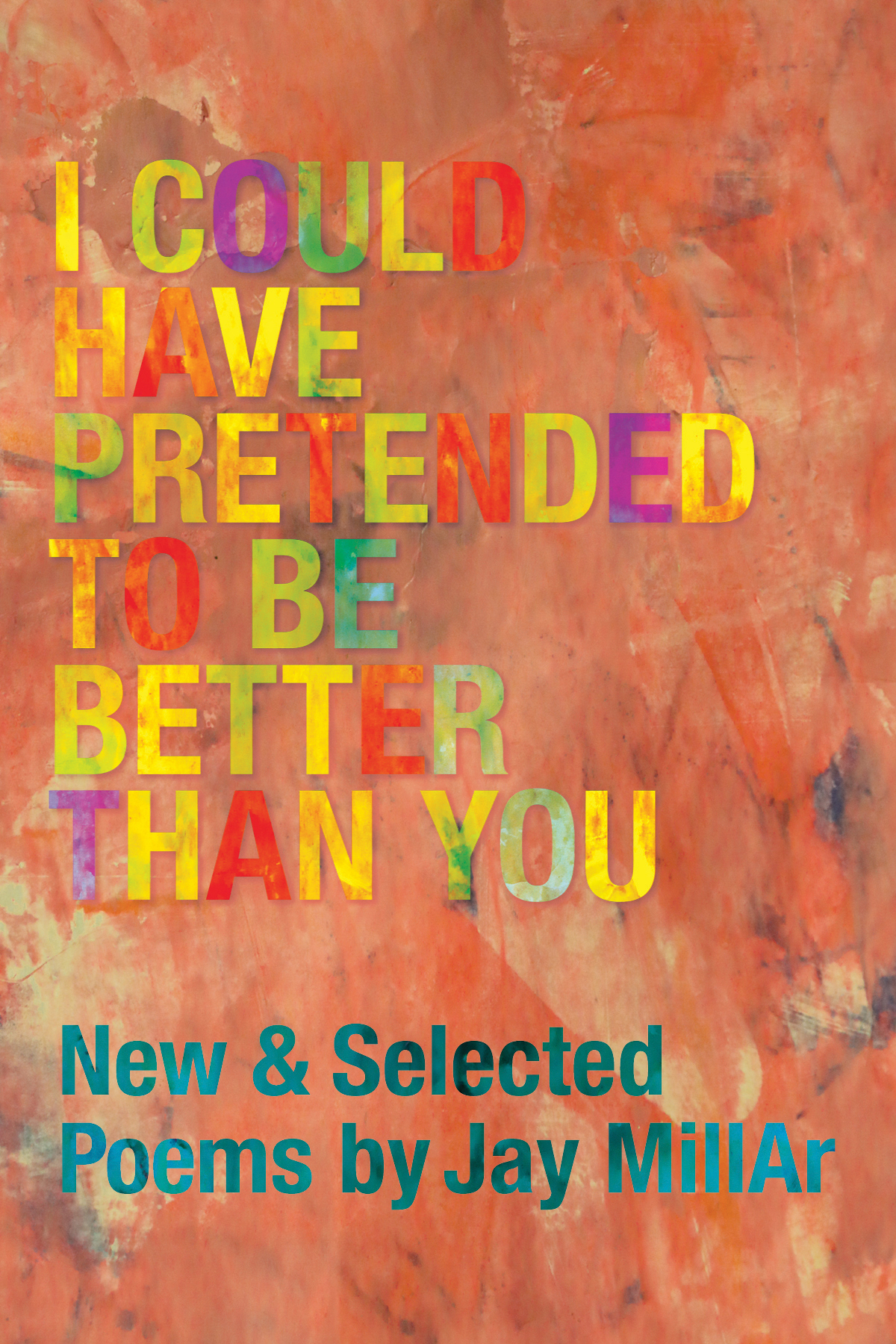 I Could Have Pretended to Be Better Than You

Spanning more than 25 years, I Could Have Pretended to Be Better Than You gathers work from three distinct eras of Jay Millarâs development as a poet: the wonder years of the 1990s culled from a variety of self-published micropress publications, most of which are hiding in special collections, poems from his trade books issued between 2000 and 2015, and new poems that have emerged during his present condition as one of Canadaâs most progressive co-publishers.


The broad view that this collection offers enables an appreciation of Millar’s work as both an idiosyncratic, herkyjerk chronicle of small press culture and a multifaceted mode of questioning how we judge sensations, failures, affections, and relationships. However irreverent he may seem, Jay Millar possesses a disarmingly honest, inventive sensibility closely attuned to the everyday, the overlooked, the transient. Be careful where on your bookshelf of Canadian poetry you place this volume: it might very well set others askew.


MillAr’s writing foregrounds a wry self-awareness: most of the poems thematize themselves as poems, as avowedly contingent verbal artifacts (as in the title poem: “I’m tinkering with these lines . . .”). Another preoccupation in his work seems to be with collisions of representation and violence, as in “More Trouble with the Obvious,” where in a kind of dark comedy of innocence he describes how “kids” turn found objects into imaginary guns, which still – as mundane alchemies, blurring creativity into threat – have the potential to “blow you away.”
—Kevin McNeilly, Frank Styles Blog


âThese poems layer the quotidian with such tenacity, and with such clarity, that it becomes hard to distinguish the world from the poem.â
— Fred Wah

Jay MillAr is the author of several books, including Mycological Studies, the small blue, esp: accumulation sonnets and Other Poems. His most recent book is Timely Irreverence. He is also the author of many privately published editions, including Lack Lyrics, which tied to win the 2008 bpNichol Chapbook Award. Jay is the co-publisher at Book*hug Press, an independent award-winning publishing house; he also curates Apollinaireâs Bookshoppe, a virtual bookstore that specializes in the books that no one wants to buy. For many years he taught poetry/poetics at Toronto New School of Writing. Jay lives and works in Toronto with his partner Hazel and their two sons Reid and Cole.