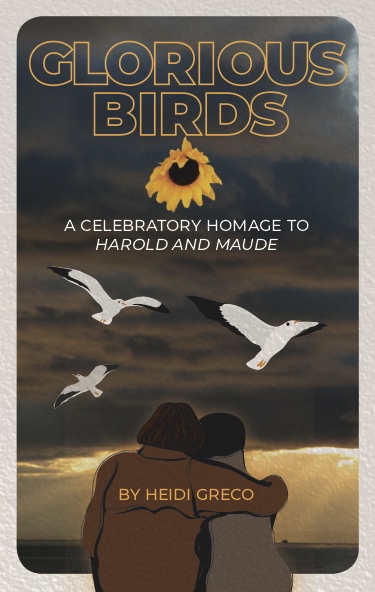 Glorious Birds: A Celebratory Homage to Harold and Maude

Cinematic film, the art form that came into its own in the 20th Century, is not only familiar to all of us, but is likely the form that lodges most clearly in memory. Like music â and the music employed in a film â scenes come back, often carrying emotion as well as remembrance.

One such film is Harold and Maude, the 1971 production that brought Bud Cort and Ruth Gordon to what are possibly their most memorable roles, and the film that locked so many Cat Stevens songs in mind. A cockeyed love story that stretches the definition of a May/December romance, it reveals the fact that love can indeed be blind to matters of age or appearance.

This book takes us back half a century to when this one-of-a-kind film was released â a time with its own kind of turmoil, but a time as well of a different kind of innocence â one worth exploring again. Fifty years, traditionally a golden anniversary, is surely an appropriate time to celebrate.

On the film, Harold and Maude:
âHarold and Maude is the most positive expression of counter-culturalism to come out of Hal Ashbyâs career. â¦ the film builds up an audience of outsiders, misfits, disaffected youths, and even senior citizens who grew up on the margins, stifled by a world built on the establishments and conventions of a dominant culture. Through its unorthodox romance between the death-obsessed youth, Harold, and the vivacious, indomitable Maude, who, approaching eighty, preaches the gospel of living life to the fullest, it blithely celebrates nonconformity and independence.â
â Brian Eggert, Deep Focus Review

âWhen you really love a movie, you want to tell everyone about it. Heidi Greco has a joyous, infectious passion for Harold and Maude, and sheâd like to share it with you. My advice: Let her.â
â Chris Knight, Chief Film Critic, The National Post

Poet, editor, critic and film-lover Heidi Greco has lived in British Columbia since 1970. She is the author of the poetry collections, Rattlesnake Plantain (Anvil), Practical Anxiety (Inanna), Flightpaths: The Lost Journals of Amelia Earhart (Caitlin), and the novella Shrinking Violets (Quattro). Her fiction, poetry, interviews and reviews have been published widely in the US and Canada. Currently at work on new poems and fiction, she also continues to work on a manuscript she refers to as the ânever-ending memoir.â 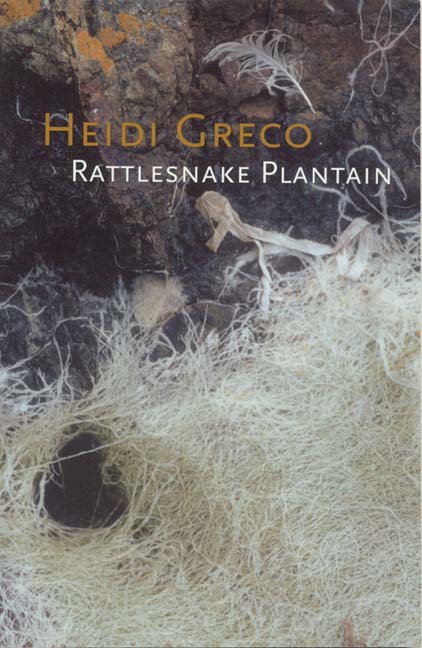