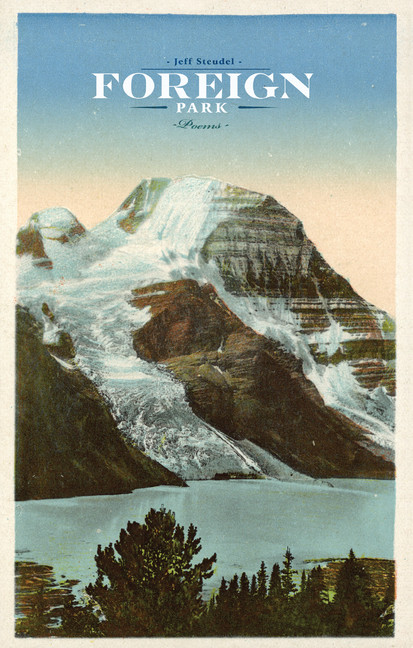 Foreign Park situates itself in an epoch where prior assurances of the natural worldâs solidity begin to slip. Poisons enter the Fraser River Basin. An oil slick approaches by night engulfing a fishing vessel, leaving its captain in open waters. Page after page, Foreign Park makes strange with its inhabitants. As it unfolds, it plots itself along the Fraser River overlaying myth and historicity with present day. These calm poems detail the effects of destruction on land and simultaneously explore family and community in Vancouverâs coastal cityscape. Foreign Park guides through subtle shifts in temperature and elevation in order to engage with questions on death, aging, family and fidelity.

Praise for Foreign Park:
âJeff Steudelâs Foreign Park measures an immediate world through the palpable juxtapositions of the local, whatâs close to hand, organic flashes of the dayâs objects that can be touched. The âforeignicityâ of his poetic park reveals the paradox of where and how we live, that in-between margin in the world where we âdonât need to know everythingâ and âEvery five minutes together [is] a new world.â These poems shimmer in their aliveness.â
— Fred Wah, former Canadian Parliamentary Poet Laureate and recipient of the Governor Generalâs Award for Poetry

Jeff Steudelâs poetry has appeared in several publications including, PRISM international, CV2, The Fiddlehead, subTerrain, and Canadian Literature. He has received the Ralph Gustafson Poetry Prize, and his work was chosen as a finalist for the CBC Literary Awards. Foreign Park is his first book of poetry. Jeff passed away in February of 2021.