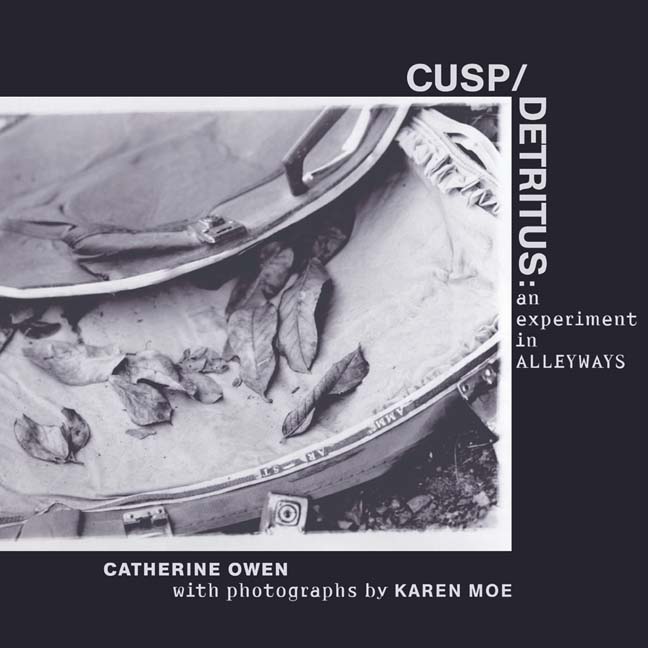 Cusp/detritus: an experiment in alleyways

Rooted in the back alleys, squats and psychiatric wards of contemporary Vancouver and Montreal, these unyielding poems enter the intersecting tensions and intensities in characters such as Mike, a panhandler on Vancouver’s Commercial Drive, Matthew, a runaway punk, and Dara, a single mother. Cusp’s central sequence, however, concerns the tragic life and death of Frank Bonneville, a schizophrenic and drug-addicted artist who became Ms. Owen’s muse between their 2001 meeting and his 2003 suicide. Complemented by Karen Moe’s haunting photographs of Vancouver’s neglected spaces and rejected objects, Cusp/detritus is a testimony to an obsession with the lost.