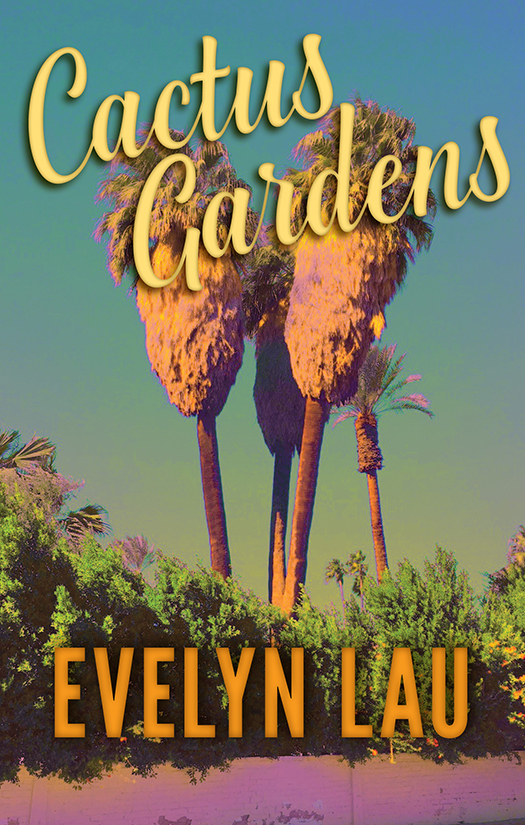 Set against a backdrop of shifting weather and a blasted, mysterious landscape, Cactus Gardens explores the complexity and intensity of personal relationships. The narrator drifts through a variety of locales, from a hospital ward to a lakefront hotel, a downtown condo, and restaurant patios, depicting friendships that are as meaningful and volatile as romantic entanglements.

The final section deals with the fallout of a disastrous relationship the author had with a much older, established writer. After publishing an essay about their relationship, Lau was filed with a lawsuit and subjected to intense media scrutiny, resulting in years of self-doubt and a complete retreat from prose writing. After feeling muzzled for years, she returned to the craft of poetry. When the writer died, she was finally able to re-examine and write about their complicated relationship, excavating its tangle of memories and emotions. Those poems now form the final section of this book, The Salton Sea.

Praise for Cactus Gardens:
âCactus Gardens is the latest collection by award-winning author and former Vancouver poet laureate Evelyn Lau. Furthering her work of the last decade, the book is a testament to the craft inherent to confessional poetry and confirms Lau as a master of the genre. … Cactus Gardens should be welcomed as the crowning achievement of more than a decadeâs impressive output.â
— Quill & Quire