Nominated for the BC National Award for Canadian non-Fiction

Afflictions & Departures is a collection of first-person experiential essays. However, this is not the realm of traditional memoirâin addition to incidents and feelings recaptured from memory, Sonik seeks out connections between the microcosm of the daily events of her childhood and adolescence, and the social, historical, and scientific trends of the time.

Afflictions & Departures begins by considering the turbulent and changing nature of the world in the late 1950s and early 1960sâthe world in which the author was conceived and born. Like many couples of that era, Madeline Sonikâs parents focused on shared social and economic ambitions at the expense of authentic personal feeling. These ambitions would erode and, by the 1970s, completely collapse.

These essays are as incisive as they are moving, and leave the reader with a sense of history as it was lived, not as it is codified in countless textbooks.

âStartlingly original, Madeline Sonik’s moving story of her childhood defies all our expectations of memoir. She captures crystalline moments of childhood memory and links them in a daisy-chain with corresponding events of the tumultuous societal change taking place outside her home. It is North America in the 1960s and 70s and her letter-perfect, child’s-eye view of the world brings back that time with such intensity that the reader can almost smell and taste it. Droll, tragic, and absolutely compelling, Afflictions and Departures is a visceral portrayal of a family imploding.â
âJury, Charles Taylor Prize for literary non-fiction

âHer memory is dustless, capacious, uncanny. With a storytellerâs skill and a poetâs depth of vision, she recreates her childhood with one eye on her family and the other on the larger world. Significant cultural markers sit side-by-side with the small, painful intensities of her childhood. This memoir is crammed with pathos, yet is written with a light touch. I adore the narrator who never falls into self-pity or narcissism. The clarity of her vision makes the prose gleam and transforms autobiography into art.â
âLorna Crozier, author of Small Beneath the Sky

âFrom the patchwork craziness of a sixties and seventies suburban childhood, Madeline Sonik has fashioned a singular coming-of-age story in which the age itself assumes a starring role. Sharply observed, hilarious, and heartbreaking, Afflictions & Departures is a wise, tender, and beautifully written book.â
âSusan Olding, author of Pathologies: a life in essays

âAccomplished author Madeline Sonik delivers a standout memoir … Afflictions and Departures may well become your nostalgia, whether it’s based on your time period and location or not. It’s no wonder Afflictions and Departures was long-listed for the B.C. National Award for Canadian Non-Fiction and shortlisted for the Charles Taylor Prize.â
âHerizons

â…the broadness of her vision and the deftness with which she fits together surprising pieces of reality is evocative of Joan Didionâs masterful non-fiction. … Afflictions & Departures is a beautiful book, fusing fact and feeling, the specific and universal, the domestic with the whole wide world, and the effect is a dazzling synergy.â
âPickle Me This

âHonesty has to be at the centre of any memoir, and Afflictions & Departures pulsates with raw, straightforward truth. … Sonik has overcome enormous challenges and turned them into literary jewels. This book encourages readers to think about family, memory and history â and above all, resilience.â
âCandace Fertile, Times Colonist

âVivid and compelling, Afflictions & Departures canât help but make you reexamine your own life, and take another look back at the family and friends who helped shape you into who you are today.â
âJohn Threlfall, former editor of Monday Magazine

âThe story that Sonikânow a poet, novelist, childrenâs author and professor in the University of Victoriaâs writing programâshares is by turns dark and poignant, tender and hopeful, and one that anchors her to the world, in which we still suffer despite our historical progress.â
— The Winnipeg Review 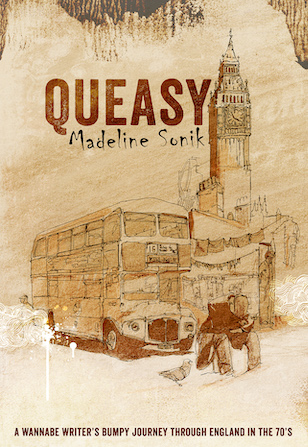