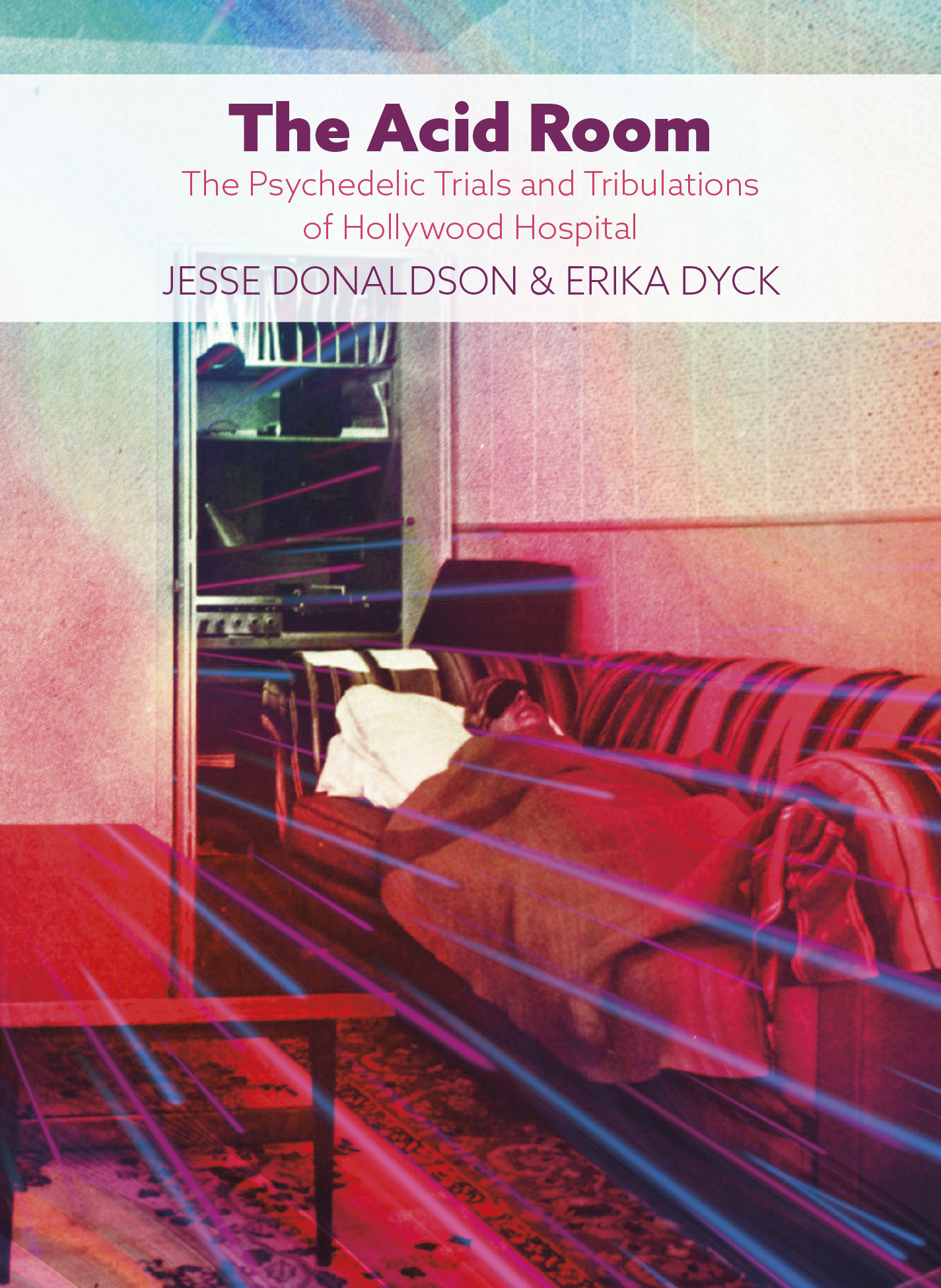 The Acid Room: The Psychedelic Trials and Tribulations of Hollywood Hospital

From the street, New Westminsterâs Hollywood Hospital didnât look like much â just a rambling white mansion, mostly obscured behind the holly trees from which it took its name.

But, between 1957 and 1968, it was the site of more than 6000 supervised acid trips, as part of the burgeoning (and controversial) field of psychedelic psychiatry. Under the care of Medical Director J Ross MacLean, and ex-spy/researcher Al âCaptain Tripsâ Hubbard, it became a mecca for alcoholics, anxiety patients, and unhappy couples (as well as celebrities like Andy Williams), its unorthodox methods boasting a success rate of nearly 80%. But the same media attention that brought the hospital to prominence also assured its downfall, as prohibition forces drove their work underground for more than fifty years.

Written by 49.2 regular Jesse Donaldson and academic historian Erika Dyck, The Acid Room takes readers into the hospital’s inner sanctum, charting its meteoric rise and fall as it opened up brave new worlds in medicine, and put Canada at the forefront of a movement that is only now being fully explored.

âHe who is about to come to life under the impact of LSD-25 must first learn how to die.â
â Ben Metcalfe, Vancouver Province, Sept 1, 1959

REVIEW QUOTES:
âIn this concise entertaining history of New Westminsterâs long-demolished Hollywood Hospital, Jesse Donaldson and Erika Dyck take a trip back in time that sets the record straight on what was clearly a lost opportunity for psychiatric medicine.â
— John Moore, BC Bookworld

âThe Acid Room shows us the reverse side of moral panic and prohibition; we are given a story that can make us question any preconceived notions we may have about psychedelics. … The Acid Room helps break apart long standing prejudices and perceptions around the medical benefits of psychedelics.â
— White Wall Review