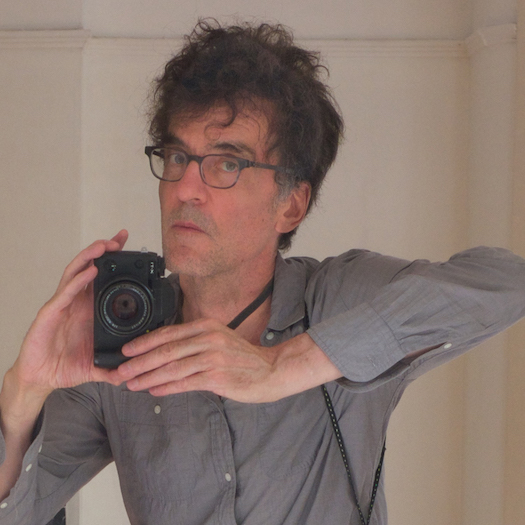 Lincoln Clarkes was born in Toronto to parents from Winnipeg. He arrived in British Columbia in his late teens after travelling around North America. Originally a designer/painter, he dropped out of art school and taught himself photography. Specializing in fashion and portraiture, he lived and worked for a time in London and Paris. His work comprises decades of exhibitions, music, and magazine assignments. Portraits include Deborah Harry, Oliver Stone, Helmut Newton, Patti Smith, Noam Chomsky and Vivienne Westwood. The award-winning documentary Heroines was produced for Bravo and the Womenâs Television Network and opened the Leipzig Documentary Film Festival in 2002. Clarkes is also the subject of Knowledge Networkâs documentary, Snapshots. Books include Heroines (Anvil, 2002), which won the 2003 Vancouver Book Award; Views (Northern Electric, 2006); and Cyclists (Quattro, 2013) and Heroines Revisited (Anvil 2021). In 2017 art collector Bob Rennie acquired hundreds of Clarkesâ photographs and archive for an upcoming museum exhibition. Clarkes has children and grandchildren. He resides with his wife in British Columbia and England.