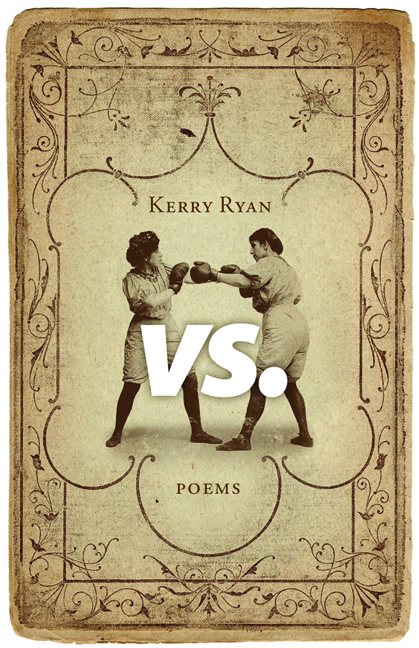 Vs. is a collection of poems chronicling a foray into the world of amateur boxing by a shy, bookish woman youâd never expect could hit someone in the face. Throughout these poems the author reflects on what it means to be a woman and a boxer, as well as a poet and a boxer. Part instruction manual, part rationalization Vs. is ultimately about the fights, both mental and physical, we all must confront.

âThe poems in Kerry Ryanâs Vs. come at you like quick jabs of light â the writing is taut, worked over, sinewy, spare, and lean â but never mean. A delightful collection. What else can be said? These poems pack a punch.â
â Jeanette Lynes, Author, The New Blue Distance

âMuhammad Ali, keep your guard up. Youâre being measured by a better boxing poet. Kerry Ryan has the clarity of vision that comes with a boxerâs discipline and daring, the grace of a true poetâs music of body and mind made one.â
â Robert Kroetsch, Author, Too Bad: Sketches Toward a Self-Portrait

Kerry Ryanâs poems have appeared in literary journals across the country. Her first collection, The Sleeping Life, was published by The Musesâ Company in 2008 and nominated for the Aqua Books Lansdowne Prize for Poetry in 2009. In March 2009, she competed in, and won, a white collar boxing match. She lives in Winnipeg.