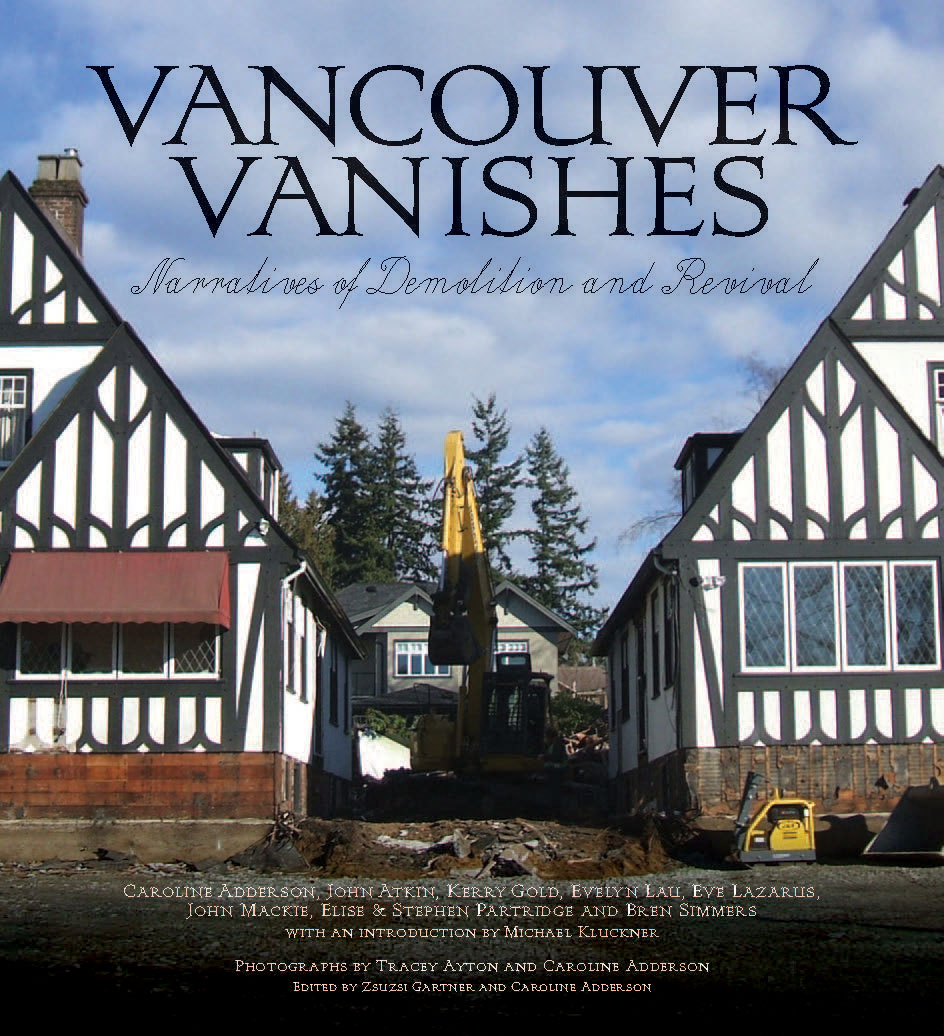 Since 2005, nearly 9,000 demo permits for residential buildings have been issued in Vancouver. An average of three houses a day are torn down, many of them original homes built for the middle and working class in the 1920s, â30s and â40s. Very few are deemed significant enough to earn the protection of a heritage designation, but they are part of our heritage nonetheless and their demolition is not only an architectural loss.

When these old homes come down, a whole history goes with themâthe materials that were used to build them, the gardens, the successive owners and their secrets. These old houses and apartments are repositories of narrative. The story of our city is diminished every time one disappears.

Based on the popular Facebook Page, Vancouver Vanishes is a collection of essays and photographs that together form a lament for, and celebration of, the vanishing character homes and apartments in the city.

The majority of photographs (b/w & colour throughout) are by Tracey Ayton and Caroline Adderson.

PRAISE FOR VANCOUVER VANISHES: âprovides a most useful contribution to the increasingly anxiety-ridden conversation that continues to grip this town over the subject of housingâ âAllen Garr, Vancouver Courier

âa gorgeous but troubling commentary on the disposability of our young cityâs architectural historyâ — Shelley Fralic, The Vancouver Sun

Caroline Addersonâs first collection of stories, Bad Imaginings, was published in 1993; stories from it have appeared in 19 anthologies worldwide. She has gone on to write internationally published novels (A History of Forgetting, Sitting Practice, The Sky Is Falling, Ellen in Pieces), another collection of short stories (Pleased To Meet You), as well as books for young readers. Her work has received numerous prize nominations including the International IMPAC Dublin Literary Award, two Commonwealth Writersâ Prizes, the Scotiabank Giller Prize longlist, the Governor Generalâs Literary Award, and the Rogersâ Trust Fiction Prize. A two-time Ethel Wilson Fiction Prize and three-time CBC Literary Award winner, Caroline was also the recipient of the 2006 Marian Engel Award for mid-career achievement. She lives in Vancouver.