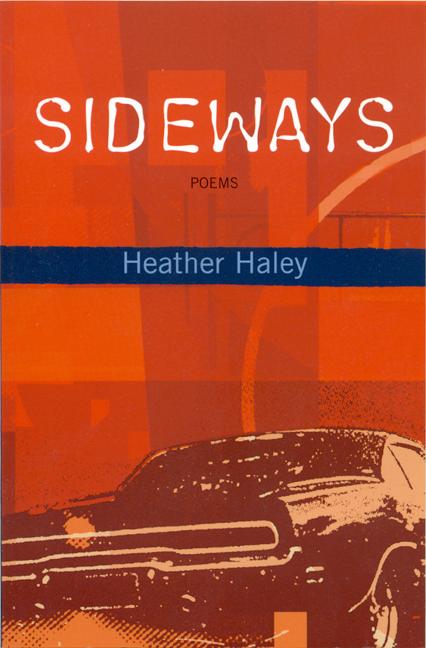 Heather Haleyâs poetry is tough, irreverent, and in-your-face. She asks all the questions that a nice girlâs not supposed to ask. Down back roads and highways, her characters long to possess the past and harness the future. Cowboys, car accidents, broken hearts, dead loversâand potential violenceâhover like heat on the horizon. Whether theyâre gangsta girls or riot grrrls, roaming the range or pacing the mall, Haleyâs women are always in the forefront, in the driverâs seat, crankinâ the wheel in their direction. Like wild horses bustinâ loose, or an explosion in the kitchen, Haleyâs women know âhow heady power is, how it lathers beneath a mount.â Her characters bite life on the neck and take what they needâand just when they think itâs gone, meaning happens. This is brawny and uncompromising language from a voice that demands to be reckoned with.

Heather Haley is a writer, editor, media poet, musician, and founder of the Edgewise ElectroLit Centre and the Vancouver Videopoem Festival. Ms. Haley also published Rattler, a critically acclaimed multimedia arts and literary journal and her work has appeared in numerous North American publications: The Antigonish Review, The Coe Review, Northern Lights, The Literary Storefront, subTerrain, On The Bus, Catalyst, Heresies, High Performance, Verb and the Manic D Press anthology, The Verdict Is In.