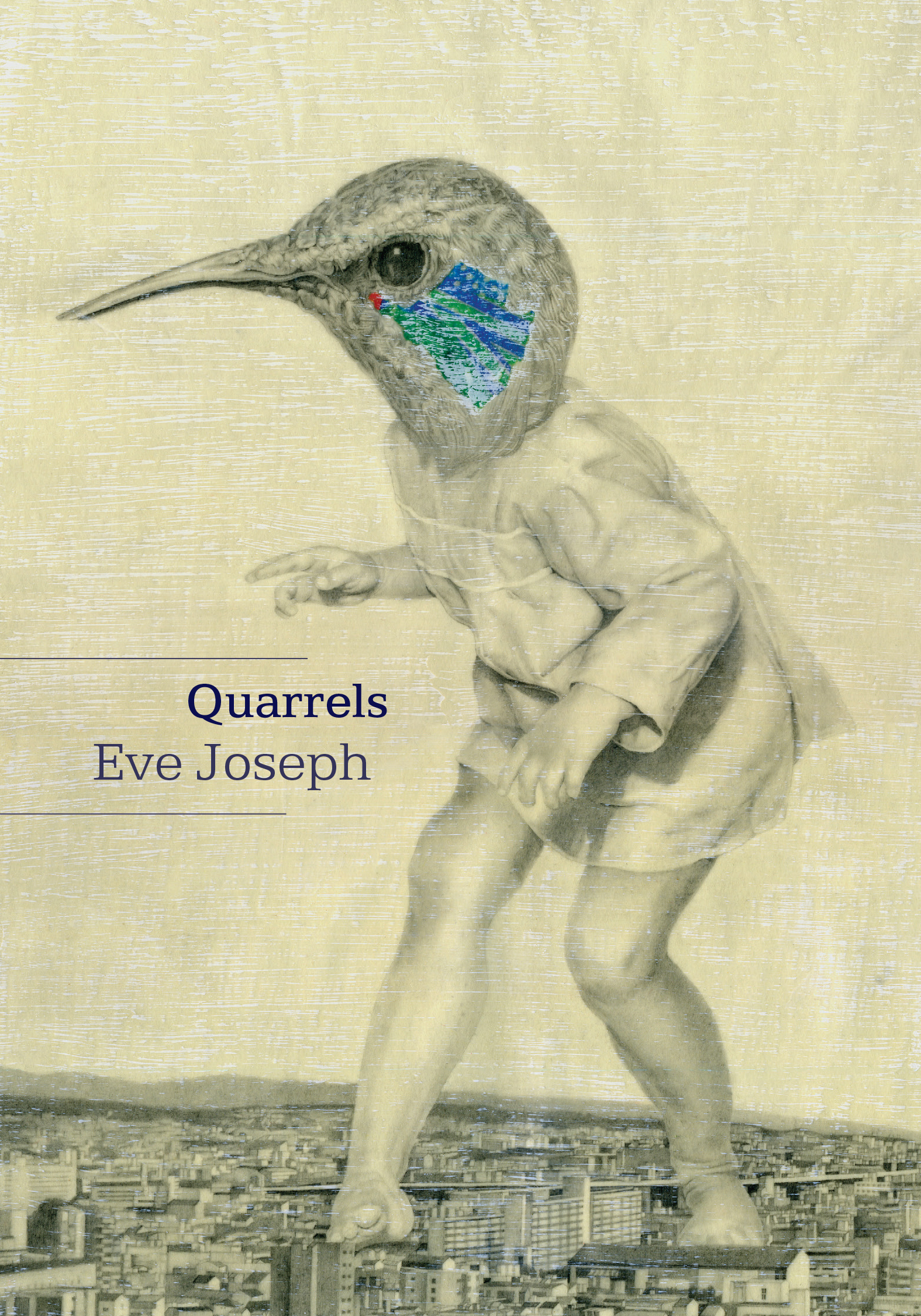 The poems in this collection reach for something other than truth, the marvelous. Leaves fall out of coat sleeves, Gandhi swims in Burrard Inlet. The poems are like empty coats from which the inhabitants have recently escaped, leaving behind images as clues to their identity. There are leaps between logics within the poems, and it is in these illogical spaces where everything comes together, like the uplift of the conductorâs hand to begin a piece of music where, as Arvo Part put it, the potential of the whole exists.

Griffin Prize Judgesâ Citation:
âIn Quarrels, Eve Josephâs delightful collection of prose poems, you enter the marvelous and that is the truth! The poet has surrendered herself to the realm of the illogical, trusting that it has a logic of its own, and the outcome is, indeed, a new music. These poems are intriguing spaces and moments defeating the boundaries of the real, but rest assured, Joseph leads you by the hand with warmth, wit and empathy.

Perhaps these poems are crystallisations of a deeply human, spiritual knowledge, gathered over decades working in a hospice. Josephâs previous book, the exceptional memoir, In the Slender Margin, renders this experience. Certainly, without gravity, poems wouldnât be able to sing. As distillations of life, these poems, with beauty and charm, hold their own credibility: an omnipresent, merely-in-glimpses-tangible marvelousness, miraculously fastened to the pages of a single slender volume that will fit into most pockets and assure magnificent company on any given journey.â

âThe illogical must have a logic of its ownâ¦â This declaration, recounted in a piece early in the collection, could be taken as a premise for the book as a whole. These mini-fables, ekphrastic tales, and the lovely elegiac sequence that completes the book each demonstrate anew that the real is underpinned by the surreal, rather than the other way around. Read each one slowly, and watch it blossom in the interstices of what might once have been considered ordinary life.â — Roo Borson

âEve Joseph hands us the golden key that unlocks an iridescent wonder; her prose poems glisten. Following Charles Simicâs dictum, she keeps them spare and tells us everything.â — M.A.C. Farrant, author of The World Afloat

Eve Josephâs two previous books of poetry, The Startled Heart (Oolichan, 2004) and The Secret Signature of Things (Brick, 2010) were both nominated for the Dorothy Livesay Poetry Prize. Her nonfiction book, In the Slender Margin was published by HarperCollins in 2014 and won the Hubert Evans award for nonfiction. The book was named one of the top 100 picks of the year by the Globe and Mail. Her most recent book of poetry, Quarrels, was selected as the winner of the 2019 Griffin Poetry Prize (Canadian Winner).