Five Little Bitches chronicles the rise and fall of the all-woman band, Wet Leather. Each of the women is plagued by her own unique demons, but their devotion to music and the punk lifestyle keeps them pushing on. As the band progresses, they tour Canadian, American and European towns and citiesâand all the alleys, gutters, back stages, vans, hotel rooms, highways and airways in between.

Part punk rock travelogue, Five Little Bitches is full-throttle grit-lit. The novel is a testimony to a generation of grrrls in revolt.

What the critics have to say about Five Little Bitches:

âFuelled by cheap beer and adrenalin, Teresa McWhirterâs second novel follows a band of hard-luck women who like to shred guitars, vocal chords, men, each other and their own lives.â
â National Post

“One glance at this book and you know: It ainât Anne Tyler. … Five Little Bitches is funny, outrageous, and startlingly authentic â¦ and she delivers what any reader wants â a novel that is vibrantly alive, never dull.â
â Prairie Fire

“Told in the straight-ahead manner of 2007’s Dirtbags, McWhirter delivers an in-your-face style to match the grit of her characters…”
â Quill & Quire

â… it captures the essence of a sub-culture. … The design of the text is as bold as its uncensored language. Every page is coloured with the chaos of punk rock shows, volatile relationships, pain, joy and humour â and illustrated with gritty black lines, graffiti art, band posters, set lists and photos. â¦ These are flawed, real women who are unapologetic. But as much as the characters of Five Little Bitches appear hell-bent on being abrasive, this thoroughly modern feminist novel ultimately succeeds because it portrays human vulnerability.â
â BC BookWorld

What the critics had to say about McWhirterâs previous books:

About Some Girls Do

Before approaching this book you have to decide if you are interested in reading about people who are pimples on the ass of society. â¦ Twenty-something alcoholics and druggies do not or cannot read, and people who can afford books do not want to read about them.
—W.P. Kinsella, author of Shoeless Joe

âMcWhirter is a mistress of momentum. â¦ Dirtbags will take its place in any sensibly constructed future Canadian canon. This is a great book and a funny, moving and entertaining read.â
â Globe and Mail

â… when the climax comes at last, itâs explosive, and proves McWhirter hasnât missed a trick. Sheâs constructed the novel so well, you donât notice the structure; you just enjoy the writing, and thatâs as good as it gets.â
â Vancouver Review

“Her clear, emotionally detached voice serves the story superbly, refusing to pass judgment even as the characterâs actions lead them to ruin. This search for beauty amid chaos and anarchy resonates long after the last page is turned.”
â Fast Forward

“These are not the young, hip, irony-driven quipsters from Douglas Coupland novels, biding their time, hoping for elevation into a higher level of consumerism; McWhirterâs generation of urban drifters are jumping over the edge of despair into pits of self-destruction. Romance is a luxury they canât afford.”
â ABC BookWorld

Teresa McWhirter grew up in the Kootenays of interior British Columbia. After finishing high school she went to Europe and later returned to attend the University of Victoria, receiving a BA with a double major in English and Creative Writing. Upon graduating she taught English in Korea, spent time in Thailand and Costa Rica, and traveled extensively throughout Canada and the US. Her first novel, Some Girls Do was published by Raincoast in 2002. Her fiction has been published in many periodicals, including subTerrain, Geist, Bust, and Vice. Presently she lives on Vancouverâs East Side. 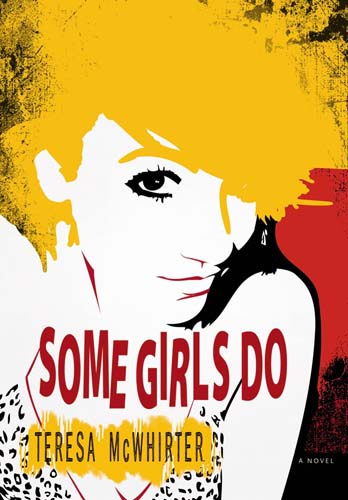 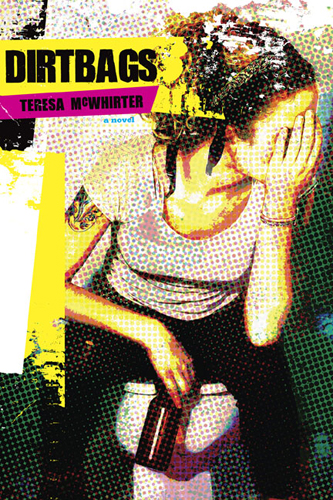